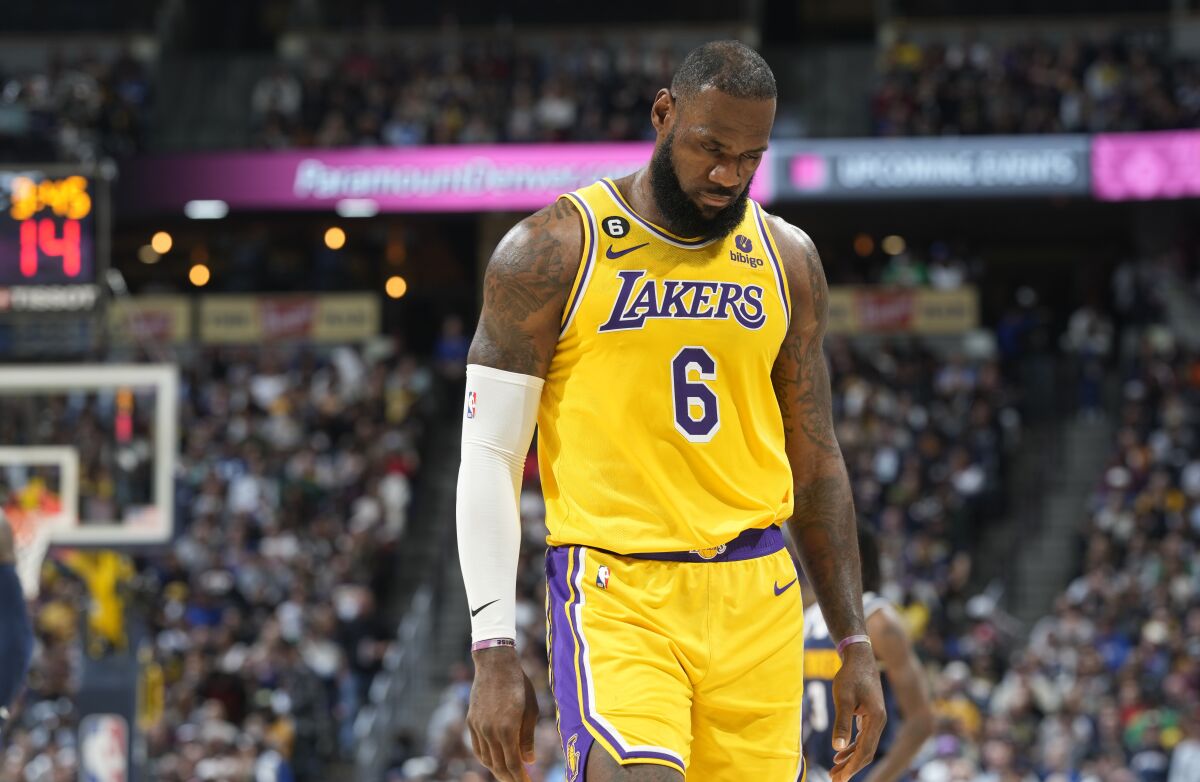 Courtesy of The San Diego Union-Tribune

Trash. Abysmal. Embarrassing. Lifeless. If someone used any of those words to describe the Los Angeles Lakers, I’m sure that the entire world might agree with them. Their loss to Denver last night pushes them to 0-4, a terrible start for a team who just won an NBA title two years ago.

Surprisingly, they are actually a pretty solid team defensively. They’re a top five team in defensive rating and the Lakers rank just outside the top 10 for the least amount of points given up, so what is the problem?

First things first, they have no shooters. They are making a combined 33 out of 148 three-pointers, which puts them at 22.3%, by far the worst in the league. Their best shooter is probably LeBron James, who has never been known for his outside shot. Russell Westbrook is a terrible fit and has been since the first time he put on a Lakers jersey.

The front office for the Lakers is to blame for this roster construction. They made no moves this offseason except for signing Lonnie Walker IV and trading for Patrick Beverley, which fixes nothing.

Since winning a title, General Manager Rob Pelinka and the front office as a whole have made bad decision after bad decision which has led them to this point now. They let key role players like Danny Green, Rajon Rondo, and Dwight Howard walk after 2020. This wasn’t a bad decision in itself, but they let these guys walk just to deconstruct their whole team just one season after that in 2021. The Lakers traded away Kyle Kuzma, Montrezl Harrell, Kentavious Caldwell-Pope, and draft picks for Russell Westbrook, which everyone should have known was a terrible idea, especially considering they fumbled DeMar DeRozan that same offseason, when he thought it was a “done deal”.

Today, it seems like the Lakers organization is a little hesitant to make any moves to help contend now, and maybe that’s because they know LeBron doesn’t have much time left, so they don’t see a reason in trading away even more draft picks for a short-term title run. The Lakers could have traded for numerous players like Kyle Lowry, Mike Conley, Bojan Bogdanovic, Buddy Hield, and Myles Turner, but at this point in time, it seems like they don’t care.

The only way they get better is by trading Westbrook, and there are no signs that they are pursuing that at all. If they don’t make a move soon, this season might as well get put on the shelf.