The Swinging Bridge is a Messiah icon; loved by students, professors and community members alike. It’s a site known for proposals, photography and a way to get to the big soccer game. However, this year the bridge will get an upgrade as the 2016 senior class looks to leave its legacy by lighting the iconic Swinging Bridge.

This year’s seniors voted lighting the Swinging Bridge as the project they wanted to undertake for their senior class gift. Seniors will get a chance to enjoy the gift at a ribbon cutting ceremony in the fall at their zero year reunion during homecoming weekend. The Swinging Bridge will also be lit from dusk to dawn after one of the homecoming soccer games.

“The senior class gift is a unique way for students to leave their fingerprints on their soon-to-be alma mater,” Lauren Seneca, assistant director of annual giving and 2012 graduate said. “It’s amazing to see the generosity among seniors as well as alumni, faculty, staff and community who recognize the importance of legacy and go above and beyond to leave their mark on our wonderful Messiah community.”

The senior class has been challenged to raise a total of $6,400 for the project. Thus far, they’ve raised $1,855 and are looking to raise the additional $4,545 needed to complete the project.

However, they’ve already received generous donations, such as a $5,000 gift from 1991 alumni Ken Krutenat.

“I am happy to partner with the class of 2016 in making their mark on the history of Messiah,” Krutenat said. “While this project in and of itself will not change the world my hope is it will create a lifelong attitude of giving back and recognizing those that were influential in your life.”

Lighting the bridge is also a way to build upon an impressive history. The Swinging Bridge was first built sometime before 1932. At that time, there were orphans living on Messiah’s campus, and the bridge was a way for them to access their schoolhouse on the other side of the Breeches.

In July of 1973, the bridge was destroyed by a group of young Jesus Revolutioners who were jumping on the bridge while at Messiah for a summer conference. The bridge was rebuilt in 1982 and was made much sturdier due to the previous jumping. That new and improved bridge is the one that still stands today. 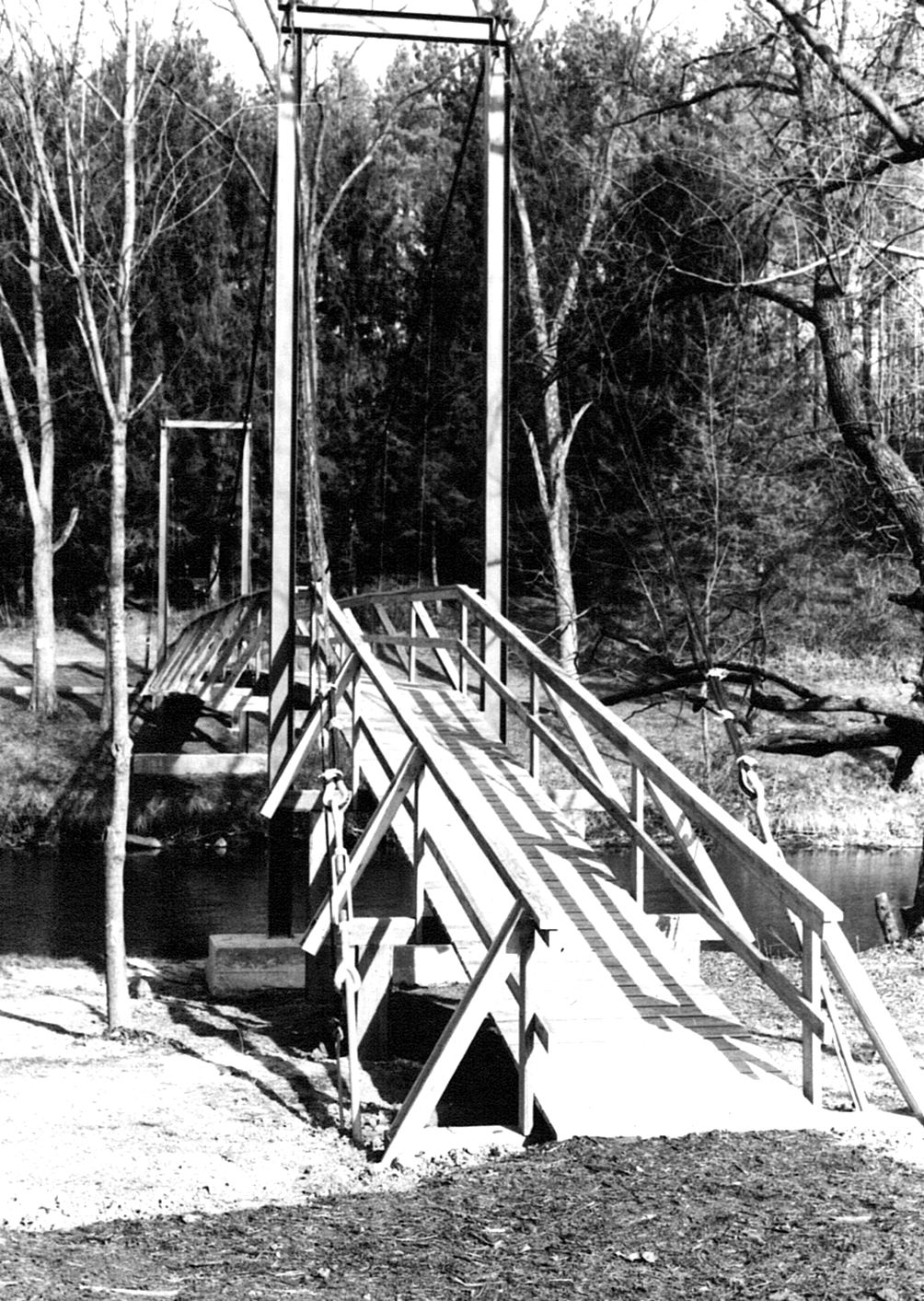 One of the early photos of the current Swinging Bridge that was rebuilt in 1982 after the jumping incident in 1973.

It’s the senior class’ hope to light the Swinging Bridge for the Messiah community’s enjoyment and to leave a legacy of their own.

2015 alumni Matthew Sider said giving to his class gift was one way for him to make an impact. “For the rest of my life I’m going to take with me the lessons, friends and education that Messiah gave me,” he said. “I wanted to contribute to something that physically represented my time spent at Messiah and the senior class gift was the perfect manifestation of that.”

The senior class gift committee will be hosting a fundraiser at Chipotle April 25 from 4:30 p.m. to 8:30 p.m. 50% of each purchase at that event will go towards lighting the Swinging Bridge.

A percentage of the sales from Baker’s Last Run senior event on May 9 will also be donated towards the gift. Although 8 p.m. to midnight is considered the “student rush,” individuals are encouraged to attend throughout the day to donate.

Ultimately, Krutenat said the senior gift is just one way to give back. “In my opinion, one of the greatest traits to be successful in life is the ability to show and express genuine appreciation and to leave every situation better than you found it.”

Let’s all leave a legacy at Messiah, whether it’s through the senior class gift or not, and always try to leave Messiah better than we found it.

More information on the senior class gift can be found at https://www.messiah.edu/seniors16.